On the 1st Sunday in Lent, the Sunday of Orthodoxy, we organised in our Greek Orthodox Church of St. Peter and St. Paul in Bristol (UK) a Pan-Orthodox Vespers. The two Priests of our Community (Fr. George and Fr. Anastasios) when joined by Archimandrite Kyril Jenner and the Romanian Priest Fr. Ioan Claudiu Moldovan, who were accompanied by members of their congregations. The Service was also attended by the Honorary Romanian Consul to Bristol Dr. Răzvan - Ungureanul Constantinescu.
At the end of the Service the President of our Community Prof. Ioannis Ieropoulos welcomed everyone with warm words. Then the Ladies’ Sisterhood of our Community, chaired by Paulina Kofterou, offered delicious refreshments to all people who attended the Pan-Orthodox Vespers.
Archimandrite Kyril Jenner offered a speech during the Service. The actual speech is as follows:
Triumph of Orthodoxy
On this, the first Sunday of the Great Fast, the Orthodox Church celebrates the Triumph of Orthodoxy over the iconoclasts. This event, in the year 843, marked the end of the second period of iconoclasm, with the restoration of the holy icons in churches and the proper veneration of those icons.
Iconoclasm
Iconoclasm went through two phases. In the first there was considerable theological debate about the use of icons. Much of that debate now often seems very obscure to us. The concepts and language used around images reflects a conceptual understanding that is very different from our contemporary understanding. What came out of this debate is, however, enduring. We have the writings of such Fathers of the Church as Saint John of Damascus and Saint Theodore the Studite. The final expression of the teaching of the Church is given by the decrees of the Seventh Ecumenical Council, the Second Council of Nicaea, held in 787. 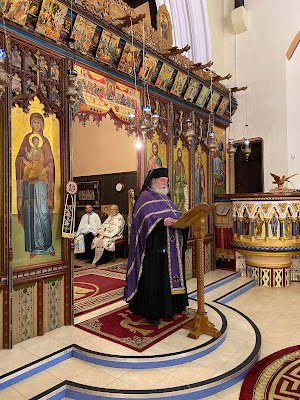 This Council gave formal expression to matters of terminology and practice in relation to icons. It made clear the distinction between “veneration” and “adoration”, and also why the icons may be venerated. This is what the Fathers of the Council stated:
We, therefore, following the royal pathway and the divinely inspired authority of our Holy Fathers and the traditions of the Catholic Church (for, as we all know, the Holy Spirit dwells in her), define with all certitude and accuracy that just as the figure of the precious and life-giving Cross, so also the venerable and holy images, as well in painting and mosaic as of other suitable materials, should be set forth in the holy churches of God, and on the sacred vessels and on the vestments and on hangings and in pictures both in houses and by the wayside, namely, the figure of our Lord God and Saviour Jesus Christ, of our Most Pure Lady, the Mother of God, of the honourable Angels, of all Saints and of all pious people. For by so much more frequently as they are seen in artistic representation, by so much more readily are people lifted up to the memory of their prototypes, and to a longing after them; and to these should be given due salutation and honourable reverence (ἀσπασμὸν καὶ τιμητικὴν προσκύνησιν), not indeed that true worship of faith (λατρείαν) which pertains alone to the divine nature;  but to these, as to the figure of the precious and life-giving Cross and to the Book of the Gospels and to the other holy objects, incense and lights may be offered in accordance with ancient pious custom. For the honour which is paid to the image passes on to that which the image represents, and he who reveres the image reveres in it the subject represented. For thus the teaching of our holy Fathers, that is the tradition of the Catholic Church, which from one end of the earth to the other has received the Gospel, is strengthened. (Decree of the Seventh Ecumenical Council:  https://ccel.org/ccel/schaff/npnf214/npnf214.xvi.xii.html)
The Seventh Ecumenical Council also endorsed the teachings of the previous Councils, so with all the seven Councils together we have the statement of the fullness of our Orthodox Faith. Sadly, the Seventh Ecumenical Coun 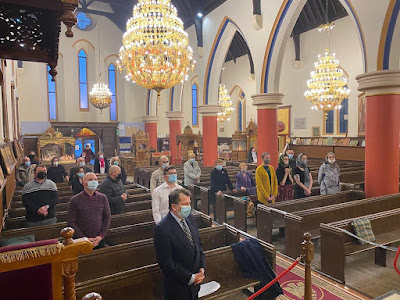 cil was followed shortly after by another period of iconoclasm. This period was marked by an absence of theological debate, being much more concerned with emotions and populism rather than with teaching. This is the period in which much whitewashing over the icons took place. There was some in the first period, but this was much more a characteristic of the second period.
What unites us
The restoration of the use of icons was also a restoration of the fullness of Orthodox teaching, and this is what unites us as Orthodox. As an Englishman who is a priest in the Orthodox Church, I encounter two common questions.
The first is “Are you Russian Orthodox or Greek Orthodox?” My initial answer to this is “Yes”. Then I go on to explain that I am English (anyone who knows about surnames will recognize that my family name indicates a Saxon origin - my mother's family name also shows a family coming originally from one particular village in Kent). I serve in a parish of historically Russian tradition under a Greek Archbishop. We worship mainly in English. We might note that this year marks 150 years since regular services in English were first established. This was in Wolverhampton, with a priest, Father Stephen Hatherley, who was born in Bristol and later returned to Bristol, where his work died out, but from where he also served in Cardiff, laying the foundations for the Greek community that is still there. When I worked in Wolverhampton, I used to pass the site of his church every day on my way to work. The church building had survived after the little community there had closed down in 1874, but was de 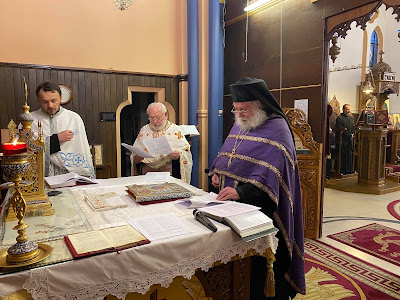 molished around 100 years later to allow the enlargement of the car park of the neighbouring pub.
The second question I get is “What is the difference between Greek Orthodox and Russian Orthodox?” My answer to that is “Language and music”. There is no difference in doctrine. Differences in practice are minor and not important. Coming together on this day is an affirmation of our fundamental unity.
Diverse expressions
The differences which we see today have arisen over many years. When Orthodoxy was confined to the Middle East and Eastern Europe, these differences were of little significance. People from different countries rarely moved, and so were not affected by such differences.
Where there were people speaking different languages in the same place it was possible to establish separate churches in which they could worship. Saint John Chrysostom set an example for this when he became Archbishop of Constantinople. When he arrived in Constantinople, he found only a handful of Orthodox churches. Most of the churches followed the Arian heresy, with a membership that was predominantly from the Germanic Gothic-speaking community.   His approach to bringing these into the fullness of Orthodoxy was to set up Orthodox churches where the services were in the Gothic language. These were under his direct care as the local Bishop, and we know that he visited these churches and preached in them. In this way, by using necessary diversity he brought about a deeper unity.
In our time, when people have moved to this country from all the countries where the Orthodox Church was the local church, we have a problem. We present an appearance of disunity. We are mostly classified along ethnic lines, according to the origin of our local community. We have multiple Bishops exercising jurisdiction, in clear contravention of Orthodox Canon Law, which only allows one Bishop in any locality. 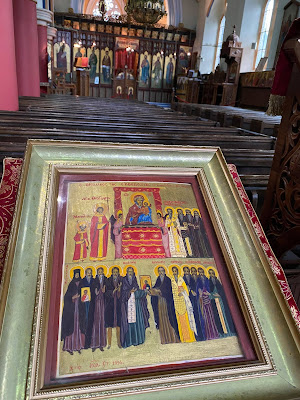 So, what can we do at the local level? One thing is simply to get to know each other's communities. In some ways this is easier for the laity than for the clergy, as we are constrained to be in our own church every Sunday. We have to overcome differences of language. It should not matter what language is used for the Divine Liturgy - it is the same service in every language - but many find it easier to pray when it is in a language with which they are familiar.   But if we know the service well, we should be able to pray wherever we are. I recall the story of a friend who attended services at his local Polish Orthodox Church. These were only held twice a month as the priest had two other small communities that he also served. On Sundays when the Poles did not have a service this friend went to the local Greek Orthodox Church. Different language and music, but much else looked very similar. Particularly he noticed the little old ladies dressed in black and all wearing headscarves. It was only after several weeks that he found that some of these little old ladies were actually the same people. The Polish ladies simply went to the Greek church to pray when they could not pray in their own church.
We have to work from the bottom up. We have to recognize our fundamental unity and proclaim that unity.   We may remember the words of the Russian theologian Khomiakov: “The Church is one. Her unity follows of necessity from the unity of God; for the Church is not a multitude of persons in their separate individuality, but a unity of the grace of God, living in a multitude of rational creatures, submitting themselves willingly to grace.” (“The Church is One”:  https://pages.uoregon.edu/sshoemak/325/texts/Khomiakov/Khomiakov%20The%20Church%20is%20One.htm)
Let us pray that we may demonstrate that unity in our service to the Church and in our witness to God in our daily life.
Archimandrite Kyril Jenner
Posted by Anastasios at 00:18 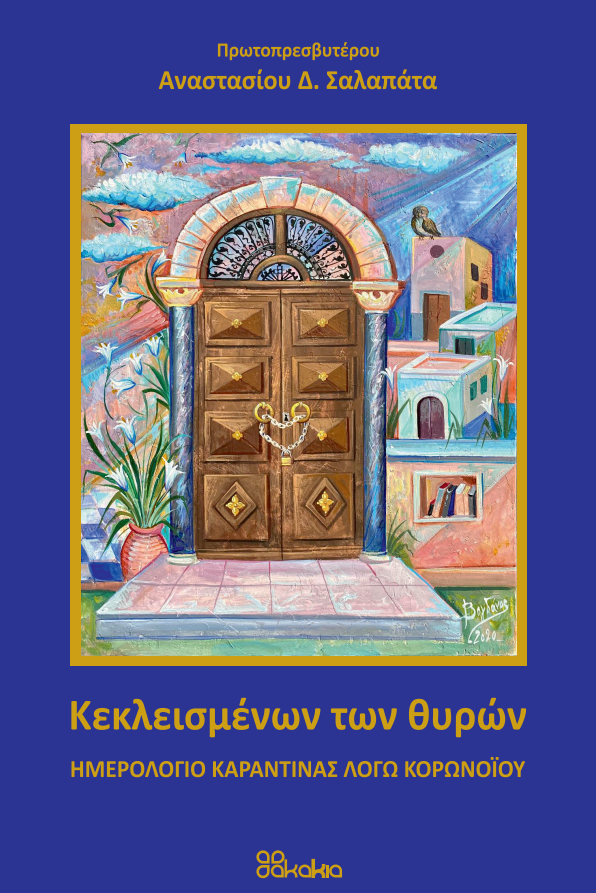 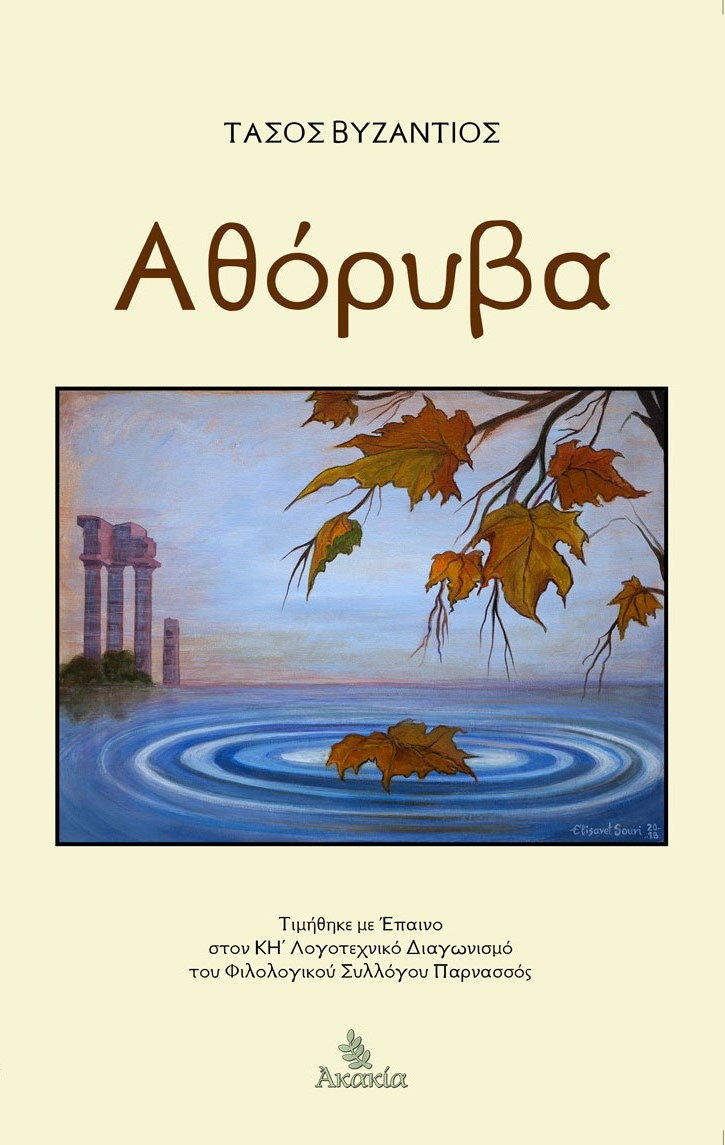 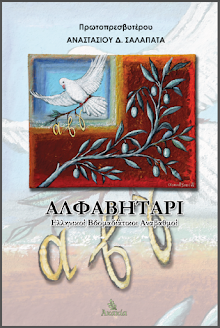 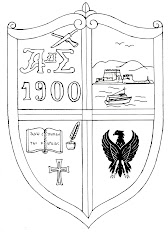 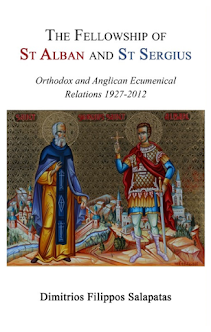 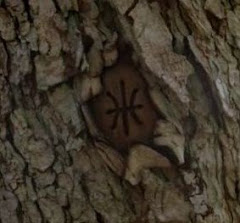 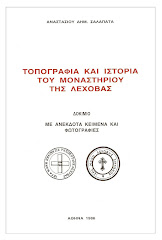 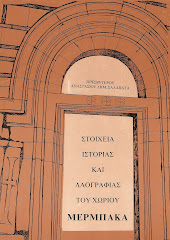 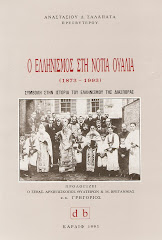 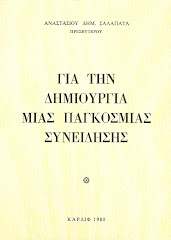 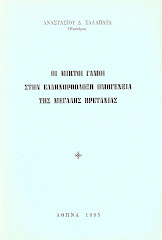 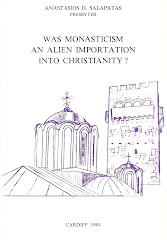 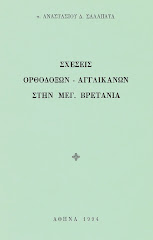 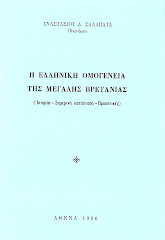 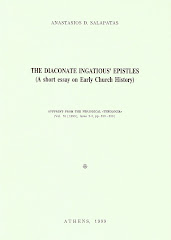 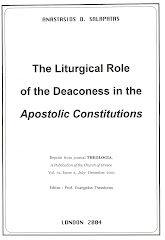 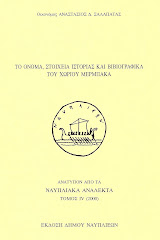 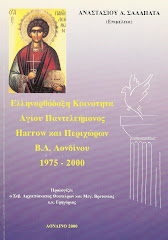 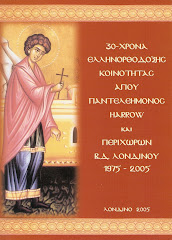 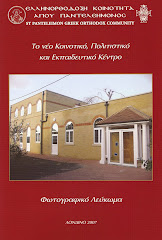 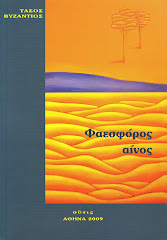